In the early days of the Covid-19 pandemic, when prevention seemed light years away, several scientists launched trials to see whether a tuberculosis vaccine developed in the early 1900s might protect people by bolstering the immune system.

The Bacillus-Calmette-Guerin vaccine has long been known to have broad effects on the immune system, and is still given to infants in the developing world and in countries where TB is prevalent.

Scientists observed many years ago that the vaccine seems to train the immune system to respond to a variety of infectious diseases, including viruses, bacteria and parasites, and reduces infant mortality.

As new threats like monkeypox and polio re-emerge and the coronavirus continues to evolve, the potential of the old vaccine to provide a measure of universal protection against infectious diseases has gained renewed interest among scientists.

Now the results of clinical trials conducted during the pandemic are coming in, and the findings, while mixed, are encouraging.

The latest results, published Monday in Cell Medicine Reports, come from a trial initiated before Covid-19 emerged. It was designed to see whether multiple B.C.G. injections could benefit people with Type 1 diabetes, who are highly susceptible to infection.

In January 2020, as the pandemic began, the investigators started tracking Covid infections among the trial’s 144 participants. All of them had Type 1 diabetes; two-thirds had received at least three B.C.G. doses before the pandemic. The remaining one-third had received multiple placebo injections.

The scientists are still evaluating the vaccine’s long-term effects on Type 1 diabetes itself. But they commissioned an independent group to look at Covid infections among the participants for 15 months, before any of them had received Covid vaccines.

The results were dramatic: only one — or less than 1 percent — of the 96 people who had received the B.C.G. doses developed Covid, compared with six — or 12.5 percent — of the 48 participants who received dummy shots.

Although the trial was relatively small, “the results are as dramatic as for the Moderna and Pfizer mRNA vaccines,” said Dr. Denise Faustman, the study’s lead author and director of immunobiology at Massachusetts General Hospital.

Read More on the Coronavirus Pandemic

People with Type 1 diabetes are particularly prone to infections. “We saw a major decrease in bladder infections, less flu and fewer colds, less respiratory tract infections and less sinus infections that diabetics get a lot of,” Dr. Faustman added.

The vaccine “seems to be resetting the immune response of the host to be more alert, to be more primed, not as sluggish.”

Another trial of B.C.G. in 300 older Greek adults, all of whom had health problems like heart or lung disease, found that the BCG vaccine reduced Covid-19 infections by two-thirds and lowered rates of other respiratory infections, as well.

Only two individuals who received the vaccine were hospitalized with Covid-19, compared with six who received the placebo shots, according to the study, published in July in Frontiers in Immunology.

A baby in Banda Aceh, Indonesia, received the B.C.G. vaccine, which is still administered in the developing world and in countries where T.B. is prevalent.Credit…Chaideer Mahyuddin/Agence France-Presse — Getty Images

“We have seen clear immunological effects of B.C.G., and it’s tempting to ask if we could use it — or other vaccines that induce training effects on immunity — against a new pathogen that emerges in the future, that is unknown and that we don’t have a vaccine for,” said Dr. Mihai Netea, the paper’s co-principal author and a professor at Radboud University Medical Center in the Netherlands.

He called the results of the Type 1 diabetes trial “very strong,” but urged caution, noting that other trials have had disappointing results. A Dutch study of some 1,500 health care workers who were vaccinated with B.C.G. found no reduction in Covid infections, and a South African study of 1,000 health care workers found no impact of B.C.G. on Covid incidence or severity.

The results of the largest trial of B.C.G., an international study that followed over 10,000 health care workers in Australia, the Netherlands, the U.K., Spain and Brazil for a year, are still being analyzed and are expected in the next few months. The study also followed health care workers after they received Covid vaccines to see if B.C.G. improved their responses.

“B.C.G. is a controversial area — there are believers and nonbelievers,” said the chief investigator of that trial, Dr. Nigel Curtis, a professor of pediatric infectious diseases at the University of Melbourne in Australia and leader of Murdoch Children’s Research Institute’s Infectious Diseases Group. (Dr. Curtis calls himself “an agnostic.”)

“Nobody argues that there are off-target effects, but how profound is that, and does it translate to a clinical effect? And is it confined to neonates, whose immune systems are more susceptible? These are very different questions,” Dr. Curtis said.

A number of factors could explain the disparate findings. B.C.G. is composed of a live attenuated bacterium that has been cultivated in labs around the world for decades, introducing mutations that make for different strains.

Dr. Faustman’s lab uses the Tokyo strain, which is considered particularly potent, Dr. Curtis said. His own studies used the Denmark strain, which is easiest to obtain. The number of doses may also have an effect on immunity, as many vaccines require repeated inoculations to maximize protection.

Dr. Faustman said her work has shown that it takes time for the vaccine to have its maximal effect. Type 1 diabetes patients in her study had received several B.C.G. shots before the pandemic.

In any case, scientists interested in B.C.G.’s potential to provide universal, broad-spectrum protection against pathogens have recast their aims. They are no longer looking at preventing Covid-19, since the current vaccines are very effective.

Instead, they want to develop tools for use in the next pandemic, which could be another coronavirus, a deadly new strain of influenza or an unknown pathogen.

“It is more for the future,” said Dr. Netea, who has called for conducting large clinical trials of B.C.G. and other vaccines that have demonstrated broad protective effects.

“If we had known this at the very beginning of the Covid-19 pandemic, we would have been able to obtain a large protective effect on the population during the first year of the pandemic.”

The Open Source Pharma Foundation, a global nonprofit that seeks to develop affordable new therapies in the areas of greatest need, is interested in repurposing off-patent vaccines for use in current and future pandemics, said its chairman and co-founder Jaykumar Menon.

“Imagine if we could use existing vaccines to curb pandemics — that would change world history,” Mr. Menon said, adding that B.C.G. is not the only vaccine with wide effects on the immune system.

“These narrow, very specific vaccines, like the Pfizer or Moderna mRNA vaccines, are homed in very tightly on the spike protein of the virus that causes Covid-19, but if that protein mutates — which it does — you lose efficacy,” Mr. Menon said.

The alternative? “A broad universal vaccine that works on innate immunity puts up this fortified moat that repels all comers,” he said. 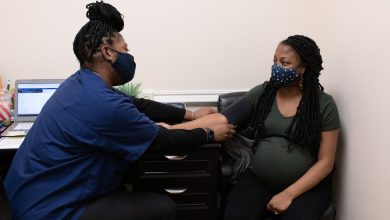 Frequent Blood Pressure Monitoring Is Needed During and After Pregnancy 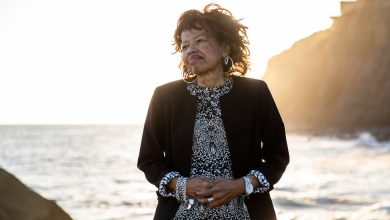 The Medicine Is a Miracle, but Only if You Can Afford It 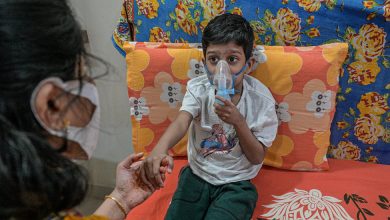 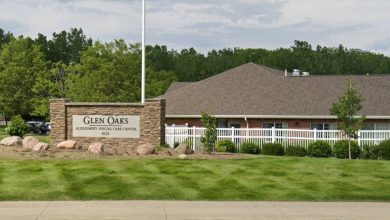 5 hours ago
Check Also
Close
You need to set the Weather API Key in the theme options page > Integrations.
Follow Me