ALL OF THIS: A Memoir of Death and Desire, by Rebecca Woolf

THIS STORY WILL CHANGE: After the Happily Ever After, by Elizabeth Crane

There is among marriage counselors and researchers a recognized phenomenon sometimes called the “spousal death daydream.” Surprisingly common, it involves fantasizing that your spouse or longtime partner will painlessly and peacefully die, thereby freeing you from the relationship without putting you through the trouble of splitting up.

Rebecca Woolf was 37 and an unhappily married mother of four when her husband, Hal, was diagnosed with late-stage pancreatic cancer. Pregnant at 23, married not long after, she had endured 14 years of bossy, broody cantankerousness from a man to whom marriage was “a tourniquet I didn’t think we could live without.” Though the illness brought out new waves of affection, it’s clear from Woolf’s depiction that this guy, in sickness and health alike, could be a major pill.

“Our marriage was stable only when I was willing to do everything in my power not to trigger him,” she writes in the early pages of “All of This.” Woolf, an early success in the blogging world, describes doing double duty as breadwinner and caregiver while Hal made the kind of haphazard Hollywood rounds best done before any dependents come along. “If I wasn’t making enough money, he was angry,” she writes. “If I was making too much money, he was angry.”

Woolf is at her best when delving into the fast and brutal progression of Hal’s illness. Her account of his final months — physical deterioration that happened seemingly overnight, excruciating trips between home and hospital, doctors delivering devastating news in overcrowded emergency room corridors — is unflinching and brutally precise. Woolf has taken an inventory of the barbaric accouterments of illness, and she presses these details into her scenes like spikes. The barf bags and spit cups, the sponge pops and no-slip socks, the folding canes that give way to tennis-ball-padded walkers and then wheelchairs: It’s a singular category of horror and she nails it.

“All of This” is subtitled “A Memoir of Death and Desire.” And as competently as Woolf handles the death, the desire leaves rather too much lying naked on the page, simultaneously overwrought and undercooked. After going through the motions of a mourning period, Woolf went on a Tinder rampage that amounted to a varietal assortment of hookup arrangements. She tells us earlier in the book that she was unfaithful in the marriage, so presumably she wasn’t stumbling out of a yearslong sexual torpor. Nonetheless, we’re clearly supposed to read this half of the book as an odyssey of overdue erotic awakening: “I felt like a monster. A pervert. A sociopath. I wanted to be touched. Tenderly. By someone who understood how complicated everything was. I wanted to smoke postcoital cigarettes in someone else’s king-size bed while saying, ‘That was amazing.’”

Woolf certainly earns her oats-sowing bona fides, embarking on an intense long-distance affair with another prominent blogger she calls Danielle. Still, you can’t help getting the feeling that she wasn’t sure where to take the story after Hal’s death, so decided to throw every self-empowerment bromide she could summon onto the page — “I feel like you found me when I was finding myself and there is so much power in that,” she tells Danielle — and hope for the best. The result is a salmagundi of boilerplate #MeToo musings, wannabe bad girl confessions and elliptical woo-speak dressed up as deep thoughts, at which Woolf is exceptionally adept. “A woman unlearning is the most powerful kind.” “When all you have are words, you can have it all if you say so.” “The opposite of go is come.”

If “All of This” shows that a great story don’t necessarily work as a whole book, Elizabeth Crane’s “This Story Will Change” proves that the inverse can be true and then some. By all laws of literary physics, this memoir shouldn’t work at all. There is very little story, almost no conflict, not many scenes played out as actual scenes and no dialogue that actually appears in quotation marks. At the end of the book, everyone is essentially the same as they were at the beginning. No one has learned a lesson or become a better person. It’s thrilling.

The spousal death fantasy doesn’t make a direct appearance, but the three words that set the events of the book in motion make for a chilling proxy: “I’m not happy.” They come from Crane’s husband, who has found himself attracted to someone else.

“This Story Will Change” is told in third person by a nameless narrator, “the wife,” whose nameless cast of characters includes “the husband,” “the client,” the “buddy” and so on. (This doesn’t include the passages that are told in first person.) It’s not a book that contains a lot of yelling or even arguing. Instead, we see Crane “crying hard and being baffled about why someone ends a good marriage and whether or not the marriage was actually good even though she had always thought it was good and more or less is only trying to get through the day on the off chance that at some point there will be less crying and then someday maybe no crying, about this topic.” We get flashbacks marking moments in the relationship: concerts, movies, road trips, TV in bed. This is, as Crane puts it, “a boring story of happiness.”

As such, we see the couple doing boring, happy things. They acquire furniture, get a dog and agree that the husband will take care of home repairs and pest control while the wife will do the dishes and the laundry. “Do you even want to get into a discussion of gender roles here,” Crane asks parenthetically, “or can we accept that they both chose chores that they minded least or maybe even liked?” They go to couples therapy, decide they don’t need it and eventually go back again.

We are accustomed to reading about terrible divorces. You could fill an entire bookstore with memoirs containing scenes of dishes thrown across rooms, $500-an-hour lawyers, psychologically ravaged children and surgically enhanced replacement wives. What is less familiar, at least on the page, are stories of marriages that die from no known cause. As such, “This Story Will Change” is not so much a memoir about a divorce as a case study of one marriage and what killed it. It’s not a matter of who’s guilty, but what caused the marriage to end seemingly before its time. The wife may be baffled, but she’s full of theories about what went wrong and why. She wasn’t good enough at making the bed or at cooking or camping. The bed and sofa were both too large, putting too much space between them.

“Her main theory about a real and long-term relationship was that it shouldn’t be that hard,” Crane writes. “Show up, compromise, say what you mean to the best of your ability.”

This works well enough, until it doesn’t. Is it a spoiler to say that the jury for her case is still out?

“This story so much wants to have a happy ending but it’s probably just going to have an ending,” Crane writes. “Maybe the happy part comes at the beginning of the next one.”

Maybe we’ll get a sequel.

Meghan Daum’s latest book is “The Problem With Everything.” She is the host of “The Unspeakable” podcast and co-host, with Sarah Haider, of the podcast “A Special Place in Hell.” 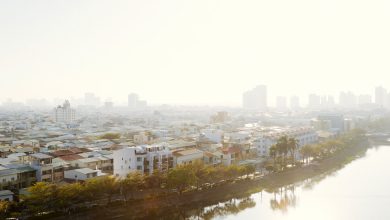 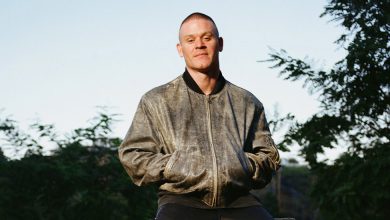 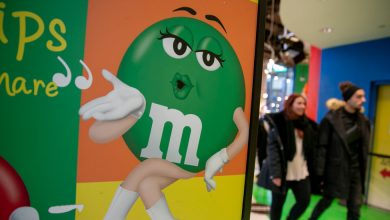