The shot-putter knew that she could never be like Bolt — one of the most popular and recognizable track and field athletes ever — nor was she looking to be. But she was taking notes.

Bolt set world records as a sprinter, but it wasn’t just his speed that made him one of the wealthiest track and field athletes of all time. His charisma and his signature celebrations helped make him marketable.

Saunders, a shot-putter who sees less television coverage than her sprinting peers, said she knew she would need to stand out if she was going to be noticed.

At last summer’s Olympics, Saunders dyed her hair purple and green and wore a green mask that featured the Hulk as she earned a silver medal. After clinching second place, Saunders, who goes by the nickname the Hulk, proudly twerked. (She is ecstatic, she added, to be the only track and field athlete to twerk on television at the Olympics.)

Saunders goes by the nickname the Hulk.Credit…Sean M. Haffey/Getty Images

“The money in track and field is limited, especially in my event group,” Saunders, 26, said. “But I know that with my personality and the things that I do in this sport, I’m still of high value as some of the top sprinters in the world or at least in this country.” Last year, Saunders signed a sponsorship deal with the science and engineering company Leidos, which she uses to speak out about mental health awareness.

For track and field athletes, it’s often not enough to dominate on the track. They have to be marketable, too. Many athletes are conscious of this and use their celebrations, hairstyles and fashion to help grow their brands.

Letsile Tebogo, a 19-year-old sprinter, studied the Bolt model, too. He shocked the track and field world in early August when he won the 100-meter race in the under-20 world championships, in 9.91 seconds, the fastest time ever run by a teenager. And while Tebogo’s time was spectacular, it was how he finished that made his performance go viral.

With nearly half the race to go, Tebogo turned to Bouwahjgie Nkrumie of Jamaica, who was in second place two lanes over. Tebogo wagged his finger and yelled toward Nkrumie for the final 40 meters as Nkrumie and the rest of the field tightened their form and struggled to keep pace. Tebogo glided through the finish line, turning his finger wag into a pumping fist in celebration, and ran an extra hundred meters while raising his shirt and throwing his hands in the air to ignite the crowd.

The style of the win was reminiscent of Bolt, who used to celebrate before the finish line as he sped to world-record times. While other racers were stone-faced before major championship races, Bolt would move close to the camera and talk to the viewers at home or pound fists with Olympic volunteers. After winning, Bolt celebrated by crouching down and leaning back, often with the Jamaican flag draped around him, with his arms pointing across his chest toward the sky. Last week, he filed for a trademark for that signature celebration.

“I was just showing my personality and having fun,” Bolt said in an email. He pointed to his first celebration in 2002, when he saluted the crowd after winning 200-meter gold at the World Junior Championships, drawing roars from the stadium. “People come to watch events to be entertained, and if we can win, run fast and have fun, it is a better show,” he said.

In 2018, Bolt ranked No. 45 on the Forbes list of the top 50 highest-paid athletes, with all but $1 million of his $31 million annual earnings coming from his dozens of sponsorship deals. He was the only track and field athlete on the list. Many of his peers make as little as $5,000 annually.

Sha’Carri Richardson became a star at last year’s U.S. Olympic trials in the 100-meter semifinal heat. She started pointing at the clock with her long nails, her orange hair flowing behind her, far before the race was over. She went on to win the national title and told reporters that she wanted the world to know that she was “that girl.”

When she was denied a spot in the Tokyo Olympics after testing positive for marijuana, it seemed as though her star was only elevated. She starred in a Nike commercial where she repeated her sentiment: “Waiting to show y’all why I’m THAT girl,” she said in the ad. Days before the Tokyo Olympics began, Richardson starred in a Beats by Dre commercial, which was edited by Kanye West and promoted a listening event for the rapper’s album.

Florence Griffith-Joyner, who holds world records in the 100 and 200 meters, was one of the first female athletes to make the track her version of the Met Gala. Griffith-Joyner would approach the start line with six-inch long colorful nails, a one-legged tracksuit and a face full of makeup. Her influence on the sport and pop culture (Beyoncé dressed as the sprinter for Halloween in 2018, need we say more) is evident in athletes like Richardson, Shelly-Ann Fraser-Pryce and others. 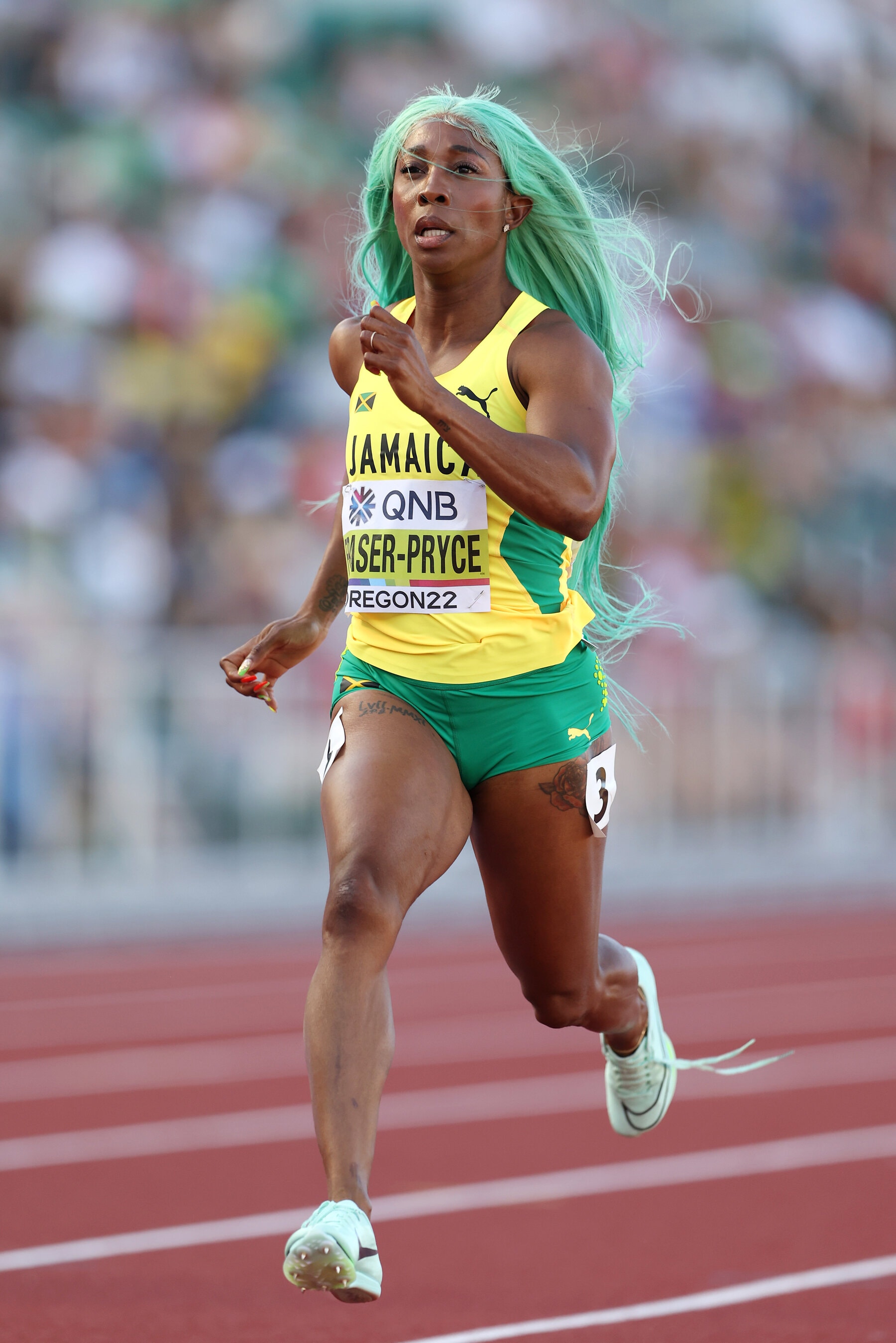 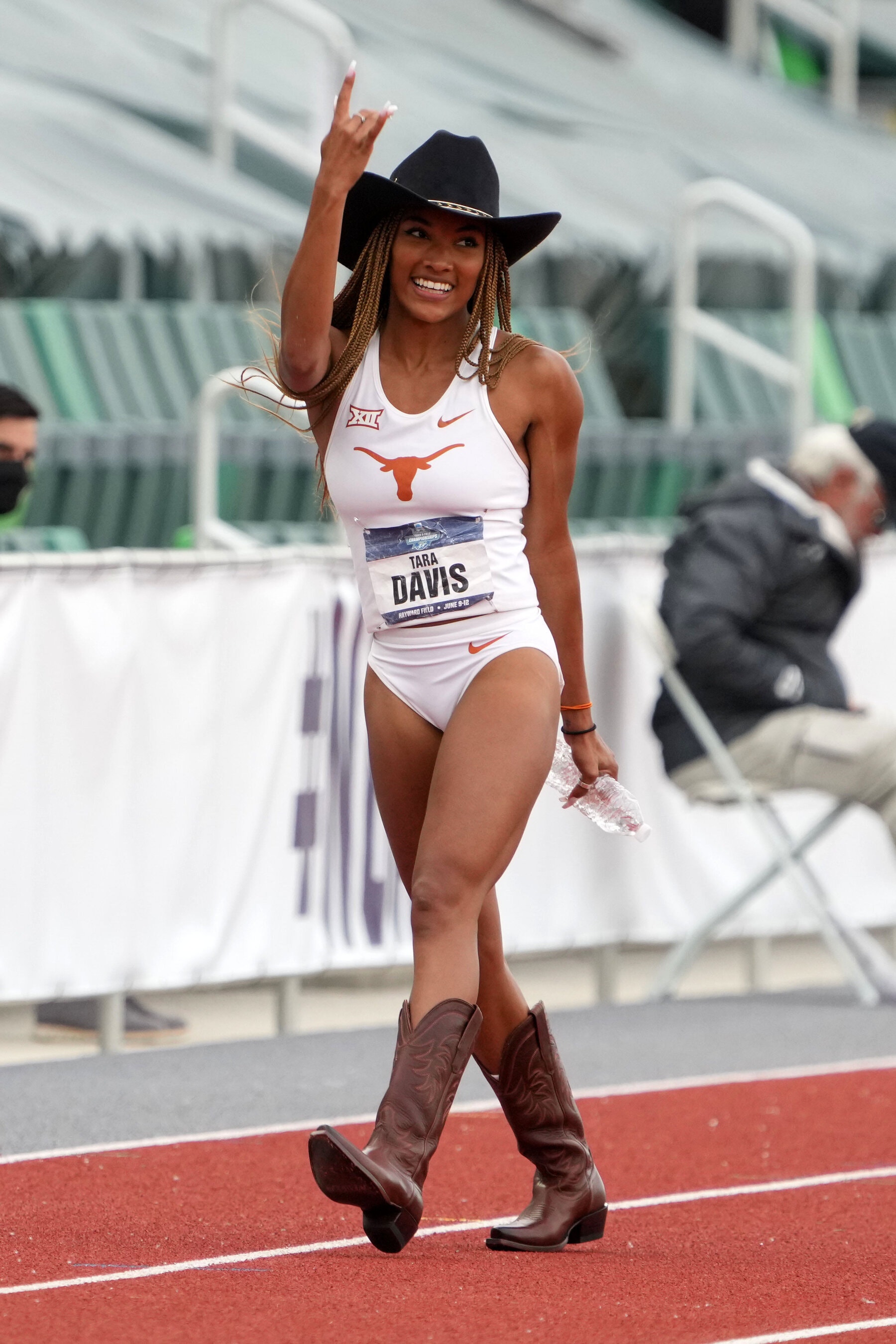 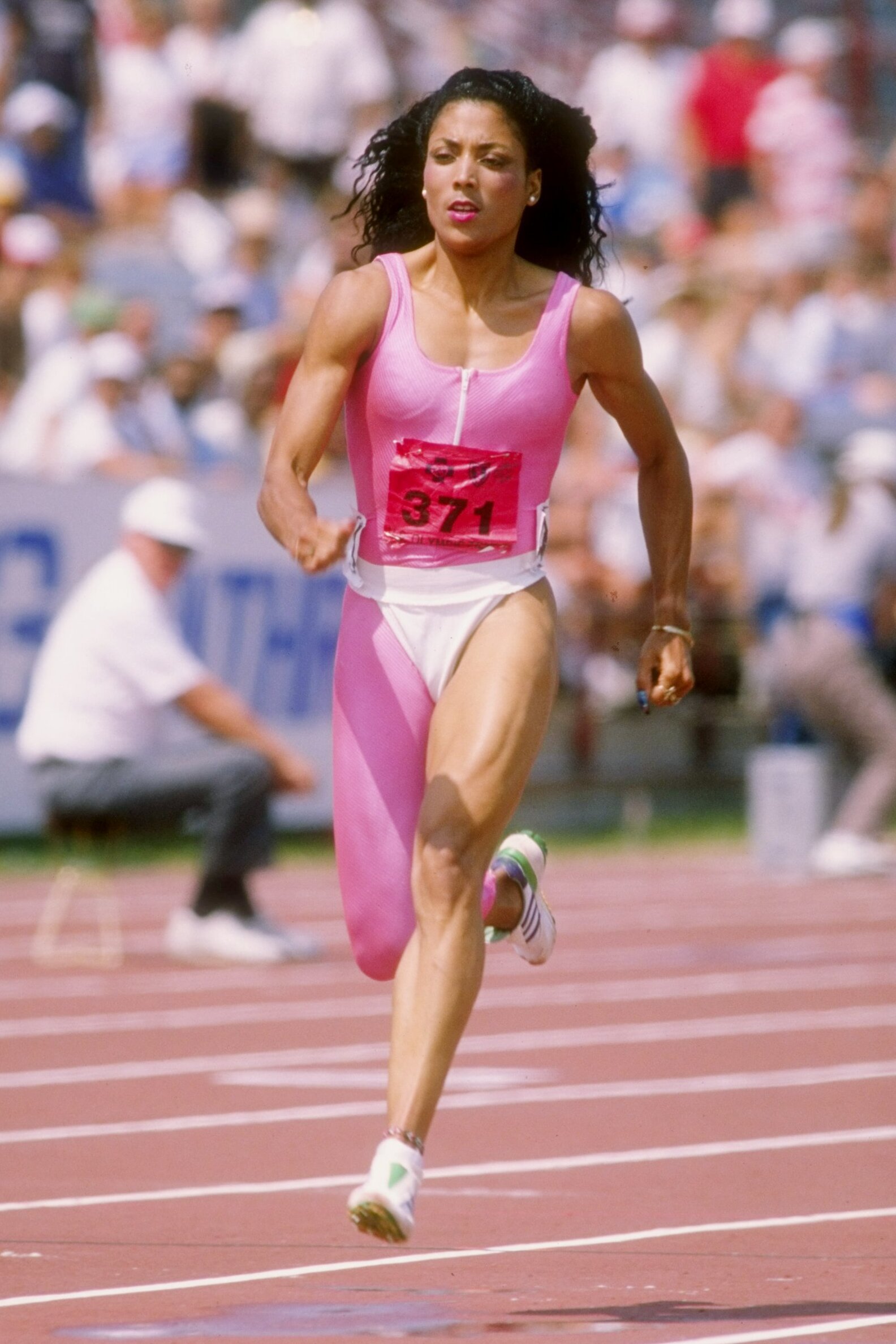 As athletes entered the track for last summer’s Olympic long jump final, that influence could be seen in Tara Davis, an American long jumper, who slowly strode in front of the camera with a cowboy hat, smiling as she ran her fingers across the hat before winking at the camera.

Inspired by Griffith-Joyner and the style of fellow long jumper Brittney Reese, she came to the Olympics to perform.

Davis, who finished sixth at the Tokyo Olympics, said the money that could come from her showmanship was not something she had deeply considered. Still, she thinks athletes should celebrate or dress however they choose and that they’ll see success regardless.

“I kind of just stopped caring what people think,” she said. “If you’re enjoying the moment, that’s all that matters.”