That a new Mike Tyson project hits stores this summer should not surprise us.

The latest, simply titled “Mike Tyson,” arrives Sept. 6 and is a collection of photographs from Lori Grinker, who followed the fighter for more than a decade, beginning in 1980.

Next week, Hulu is set to begin its biographical series titled “Mike,” a dramatized retelling of the former heavyweight champion’s life in the spotlight. Tyson has criticized Hulu for producing the series without his consent, but Grinker’s book comes from the lens of an insider.

The collection includes pictures of some of Tyson’s best-known moments, including when the promoter Don King lifted him in celebration after he won his first title fight in 1986 and when he took a solitary, predawn run along the Atlantic City boardwalk in 1988. 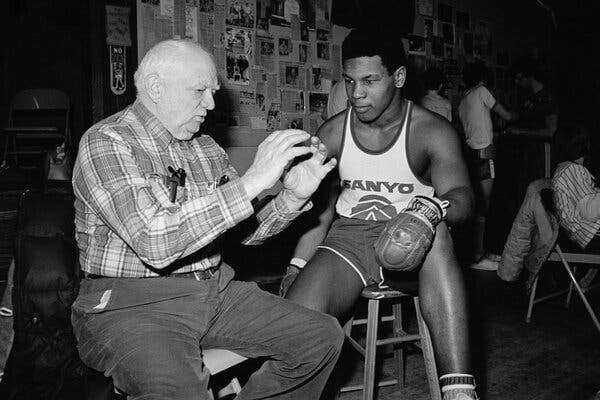 Cus D’Amato, at a gym in Catskill, N.Y., demonstrating the peek-a-boo style to Mike Tyson in 1981.Credit… Lori Grinker/Contact Press Images from “Mike Tyson” (PowerHouse, 2022)

Tyson-related content, including books, podcasts, projects for television and exhibition fights, keeps coming, 16 years after his last official bout. If Tyson did not match Muhammad Ali’s in-ring accomplishments, he has certainly rivaled the boxer known as the Greatest in the pull he exerts on our attention, even deep into his retirement.

Feature films have appeared periodically since 1995, when Michael Jai White played the fighter in a television movie, and the documentaries began even before that. “Fallen Champ: The Untold Story of Mike Tyson” first hit television screens in 1993 and examined Tyson’s career from its genesis at a reform school in upstate New York to his rape conviction in 1992. More recently, there was “Mike Tyson Mysteries,” an adult animated series, and his one-man show on Broadway, in which he spun his life story toward a redemption arc and denied the rape for which he served more than three years in prison.

Grinker, with her photos, concentrates on Tyson’s rise from amateur to world champion. A quotation in the book, from the trainer Cus D’Amato, helps explain the mix of ability and acumen that made Tyson such a phenom as a teenager.

One sequence of pictures, dated 1981, features D’Amato, Tyson’s first trainer, straddling a bench at a gym in Catskill, N.Y., and teaching Tyson, who is 14 or 15. In one shot, D’Amato raises his fists in a defensive pose, with the knuckles of his left hand stopping an inch from his billowy white eyebrows.

This is the peek-a-boo, a method of turning defense to offense that D’Amato impressed on all of his fighters like a fingerprint. It was an underrated element of Tyson’s early success. The high guard, head movement, footwork and angles all worked together to help shorter fighters work their way into punching range without sustaining damage. Stylistically, it was the opposite of Ali’s floating like a butterfly and stinging like a bee, but strategically, the aim was the same — hit and don’t get hit.

Seven years after that picture was taken, Tyson trounced Michael Spinks in 91 seconds to become the undisputed heavyweight champion. Tyson’s offense was relentless that night — a right hand to the body dropped Spinks for the first time, and another on the chin ended the fight seconds later.

The punches that Spinks missed received less attention, but they matter, too. Tyson timed Spinks’s right hand, dipping to avoid it, then landed a counterpunch. That was not luck or coincidence. Offense came from the peek-a-boo defense. Spinks thought some well-placed jabs and right hands could slow Tyson’s advance, but another well-known Tyson quotation, also included in the book, explains what happened.

“Everybody has a plan,” Tyson said, “until they get punched in the mouth.”

The photos in Grinker’s book cover a decade-long span that ends just before Tyson’s upset loss to Buster Douglas in 1990 and his arrest on rape charges the next year. Tyson, then 25, was convicted in 1992 of raping an 18-year-old woman in a hotel room.

The serious crime (and loss in the ring) did little to diminish Tyson’s drawing power or place in the sport after he was released from prison. He posted big numbers for his post-prison bouts against Evander Holyfield and Lennox Lewis.

Tyson once berated a Canadian journalist, Nathan Downer, for mentioning the rape conviction in 2014, but he functions in the current sports and social media environment as a jovial personality who likes to smoke a little marijuana (a business in which he has invested significant money), deliver hot takes and occasionally show up at the gym to show young boxers how it’s done.

Tyson’s legal problems and troubles in the ring, including his biting of Holyfield’s ear in a fight in 1997, have only added to the curiosity about him. The idea of what could have been lingers like a shadow over Grinker’s photo collection.

Seeing anew his rise to the top of the boxing world is made even more intriguing because of what happens next.

Tyson training at dawn for his bout against Spinks in 1988.Credit… Lori Grinker/Contact Press Images from “Mike Tyson” (PowerHouse, 2022) 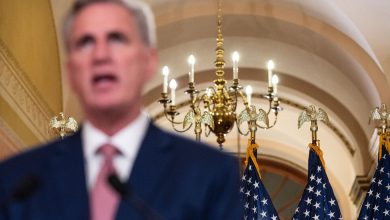 43 mins ago
You need to set the Weather API Key in the theme options page > Integrations.
Follow Me