Russia blocked the adoption of a joint statement to close out a United Nations conference on an ongoing nuclear arms treaty, Western officials said, a diplomatic broadside that underscored the global ramifications of the war in Ukraine.

Moscow’s representatives at the conference objected to language in the agreement that raised concerns about Ukraine, the Russian state news agency Tass reported.

The monthlong conference — on upholding and strengthening the 50-year-old global Treaty on the Non-Proliferation of Nuclear Weapons — is held every five years and had once been seen as a chance to deal with loopholes that have allowed a resurgence in the spread of nuclear weapons.

Expectations for breakthroughs this month were low. The last conference also failed to result in a consensus document.

A high-ranking Russian diplomat in Moscow’s delegation, Andrey Belousov, blamed the lack of agreement on efforts by other nations to use the document “to settle scores with Russia by raising issues that are not directly related to the treaty.”

“The conference has become a political hostage to those states that over the last four weeks poisoned discussions with their politicized, biased, groundless and false statements with regard to Ukraine,” Mr. Belousov said in a statement at the close of the session.

Western officials immediately slammed Russia for throwing a wrench in the proceedings, which early on had included discussions on the threat of a nuclear confrontation or a nuclear accident emerging from Russia’s invasion of Ukraine.

“Russia obstructed progress by refusing to compromise on proposed text accepted by all other states,” Australia’s foreign minister, Penny Wong, wrote on Twitter.

The European Union’s special envoy for nonproliferation and disarmament, Marjolijn van Deelen, said it was “very sad” that Russia had “blocked consensus.”

“The 35-page draft document was not perfect for anyone, but that is how compromise works,” she tweeted.

The United Nations secretary general, António Guterres, also expressed his disappointment after it was announced at the closing session on Friday that no consensus on a final document had been reached.

The conference was taking place after a two-year delay because of the Covid-19 pandemic. High-level representatives from member states, including the prime minister of Japan, the U.S. Secretary of State and dozens of foreign ministers and delegations, attended.

The New York Times has not reviewed the draft document that Russia did not support. Tass reported that one sticking point had been language expressing concern about the situation at the Zaporizhzhia nuclear power plant in Ukraine, where repeated shelling has heightened fears of a nuclear accident.

Though the Russian state news agency did not name its sources, U.S. officials made clear that Russia’s objections were related to Ukraine.

“We were not able to achieve a consensus document because of the inexplicable choice of one state,” the U.S. special representative for nuclear nonproliferation, Adam Scheinman, wrote on Twitter. “The U. S. deeply regrets Russia’s refusal to acknowledge the grave situation in Ukraine. It is absurd that Russia could not do so.”

The U.S. mission to U.N. institutions in Vienna stressed that the “extremely disappointing outcome” did not diminish the importance of the treaty or America’s commitment to it.

Diplomatic talks between the United States and Russia have all but halted since Moscow invaded Ukraine in February, and tensions have previously spilled over into discussions of other issues before the United Nations and other international institutions. 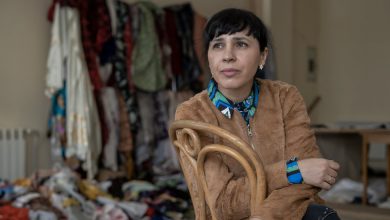 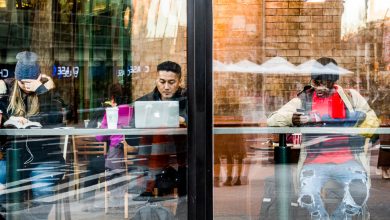 1 hour ago
You need to set the Weather API Key in the theme options page > Integrations.
Follow Me