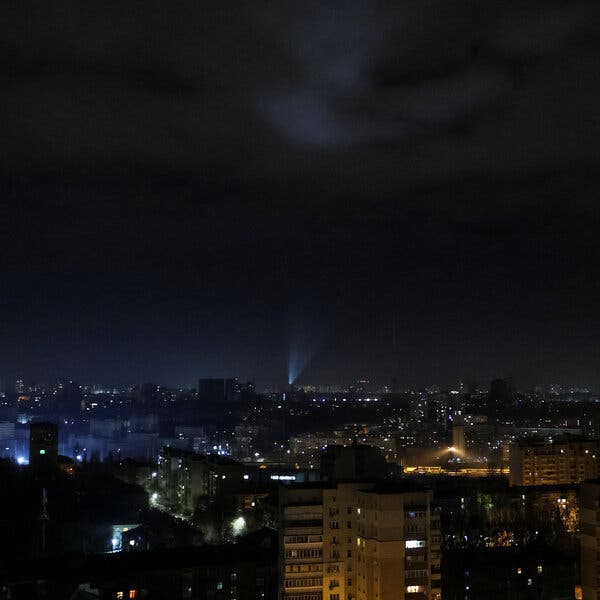 The costs of Ukraine’s defense

Over the New Year’s weekend, Russia sent about 80 exploding drones toward Ukraine. Ukraine’s military downed every one, officials said. But military experts wonder if the successes are sustainable, with some estimating that it costs up to seven times more to down a Russian drone with Ukraine’s missiles than it does to launch one.

Ukraine is getting more and more skilled at knocking down drones, but Russian attacks have been unrelenting. Analysts estimate that since September, Russia has launched around 600 drones at Ukraine. The campaign, targeted at infrastructure and accompanied by numerous missile strikes, has knocked out power, heating and water across the country.

Since the war began, both sides have used drones for reconnaissance and attacks. It is the first time the devices have been so widely deployed in a European war. Increasingly, military experts view Ukraine as a testing ground for state-of-the-art weapons and information systems that may foreshadow warfare for generations to come.

News from Russia: Vladimir Putin, the Russian leader, has dropped the pretense that life goes on as normal despite the war, evident in the Kremlin’s quick acknowledgment of mass casualties inflicted by Ukraine last weekend.

China’s foreign ministry lashed out yesterday against Covid testing requirements imposed by more than a dozen countries on travelers coming from China, labeling the entry requirements as unscientific and “excessive” and threatening to take countermeasures. Health experts have said that the travel restrictions will not stop the spread of new variants.

Countries including Canada, the U.S., France, Spain, Japan and Britain have cited concerns about a surge in infections in China, the risk of new variants that may emerge from its outbreak and the government’s perceived reluctance to share coronavirus data. The restrictions include requiring travelers to provide a negative Covid test or undergo mandatory testing upon arrival.

Speaking at a news conference in Beijing, Mao Ning, a foreign ministry spokeswoman, said there were ulterior motives behind the restrictions. “We firmly oppose the practice of manipulating Covid prevention and control measures to achieve political goals and will take corresponding measures in accordance with the principle of reciprocity,” she said.

Israeli security personnel near the site revered by Jews as the Temple Mount.Credit…Ammar Awad/Reuters

An incendiary visit by a hard-line Israeli minister

Israel’s new ultranationalist minister of national security, Itamar Ben-Gvir, made a brief and provocative visit yesterday to a Jerusalem holy site that is sacred to Jews and Muslims, defying threats of repercussions from the militant group Hamas and eliciting a furious reaction from the Palestinian leadership and condemnations from the Arab world.

The site is revered by Jews as the Temple Mount, the location of two ancient temples, and by Muslims as the Noble Sanctuary, containing Al Aqsa Mosque and other important Islamic shrines. Palestinians, and many other Muslims in the region, view such visits by Israeli politicians as part of an effort to alter the status of the site and give Jewish worshipers more rights there.

Ben-Gvir’s visit, which lasted less than 15 minutes and took place under heavy guard, was the first in years by such a high-level Israeli official and passed without incident. It was an early indicator of the uncompromising approach that Israel’s new government, its most right-wing and religiously conservative yet, has taken toward Palestinians.

Quotable: While at the site, Ben-Gvir referred to Hamas, the Islamic militant group that controls Gaza, in saying: “The Israeli government will not surrender to a murderous organization, vile terrorist organization.” He continued: “The Temple Mount is the most important site in the world to the Jewish people. It is open to everyone.”

Credit…Bureau of Fire Protection (BFP), via EPA, via Shutterstock

The pandemic hurt children’s reading skills. Librarians are doing what it takes to connect youngsters with books — including dance routines and dinosaur outfits on TikTok.

At first, the librarians struggled to know how to look cool. Then came a change in mind-set. “Lean into the cringe,” one said. Teens are overwhelmed, she added: “Put a smile on their face.”

Argentina teammates want Lionel Messi for next World Cup: Midfielder Alexis Mac Allister and the rest of the national team still want Messi around when Argentina defends the trophy in the U.S., Canada and Mexico in 2026.

Erling Haaland’s secret weapon? He’s like an owl: The Manchester City striker has hit the ground running. A big part of his success comes down to how well he scans the game.

Pelé’s time in the U.S.: The greatest soccer player in the world arrived in New York in 1975 and made a lasting impression on everyone he met.

Advice for the new year

The Times’s Well newsletter asked readers for the best advice they had received, or given, in 2022. Over 600 smart, witty responses flooded in — 20 of which were featured in the newsletter (plus one bonus tip: “Never fry bacon in the nude.”) Here are five of the best.

Try this braai sout, a fragrant dry rub from South Africa, on a juicy T-bone steak.

In “Three Pines,” a noirish series set in a claustrophobic Quebec village, a grim discovery shakes the fictional community to its core.

How a bit of awe can improve your health.

That’s it for today’s briefing. See you tomorrow, and thanks for joining me. — Natasha

P.S. From “tryna” to “doomscrolls,” more than 1,900 words appeared for the first time in New York Times Crosswords last year.

“The Daily” is on Kevin McCarthy’s bid for U.S. House Speaker.

Tags
From New That Ukraine With 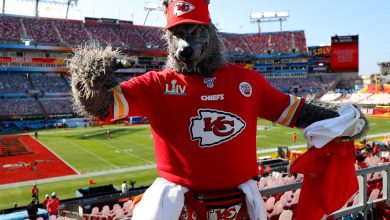